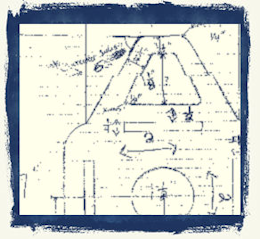 One of the things that we do really well at YMI, is making prototypes from even the simplest of drawings. Whether you require 1 or 10,000 parts, each part needs to start with a prototype. The prototype is the first correct part that conforms to the print or sketch or matches up to the sample given to us.

In some cases, because of the cost of materials or tooling, you may want to substitute a less expensive material for the prototype until you are satisfied with the results. An example of this might be using mild steel for the prototype and then using stainless for the actual parts when the parts go to production.

The same theory resides in the tooling aspect. Sometimes tooling can be so expensive, it is easier (and less expensive) to make a prototype without production tooling. Once the prototype is proved correct, then the more expensive tooling can be made.

The third part of prototyping is that the methods used to make the prototype are often quite crude and not necessarily as detailed as the final production parts will be. (IE: weld the parts rather than bolting them.)

Prototyping is to prove a concept, and once the concept is proved, the other tooling and production methods are employed in order to make the part(s) you want. This concept is called "production design" and, once again, this is an area where we excel at Young Mfg., Inc.