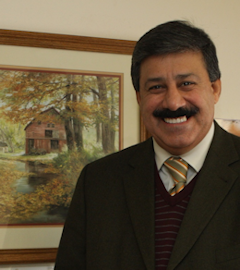 While in Jordan, Hussam was a full time Professor in the management department at Petra University until October of 2007. He also taught two other universities in Jordan. He and his wife, Rabab Abdulwah, and their children Saifaldin 16, Abdullah 14, and Aya 5 moved to the United States to Grand Forks in October of 2007. Hussam started his new position at YMI in April of 2008 and brings with him many years of knowledge and experience.

Some of this experience includes teaching in 10 subjects in the field of Business Administration, 1996-2007:

Hussam has also lectured at the University of North Dakota in Grand Forks, ND from 2009.